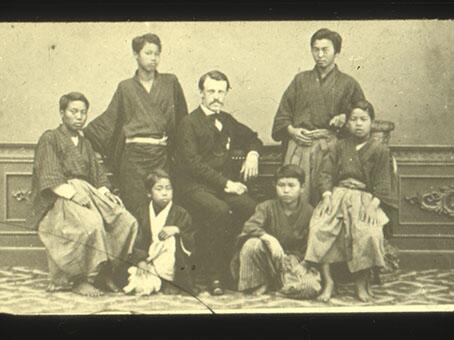 In 1867, the first international student, Kusakabe Taro from Japan, arrived at Rutgers. He used an assumed name as Japan was in state of turmoil and travel outside the country was not permitted. Kusakabe was the first of many Japanese students to make their way to Rutgers in the mid 19th century. Their stories are documented in the William Elliot Griffis Collection at Special Collections and University Archives. William Elliot Griffis was a member of the Rutgers College Class of 1869. He tutored and befriended the first Japanese students while at Rutgers and became fascinated with that country. After graduation, he had the opportunity to work as a teacher in Fukui, Kusakabe’s home province. That experience was the beginning of a lifetime of research, writing, and lecturing about Japan and East Asia. In the course of his life, Griffis amassed a large collection of letters, diaries, manuscripts, books, and photographs about Japan and Japan’s sphere of influence, which were donated to Rutgers upon his death. This presentation explores some of the highlights of the Griffis Collection, with a particular emphasis on the Japanese voices in the archive. 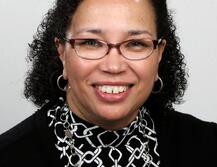 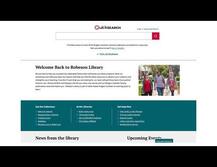 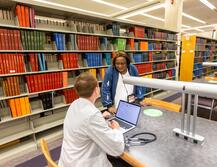 Universitywide Planned Downtime of Online Library Services and Content May 24, 2021
All News