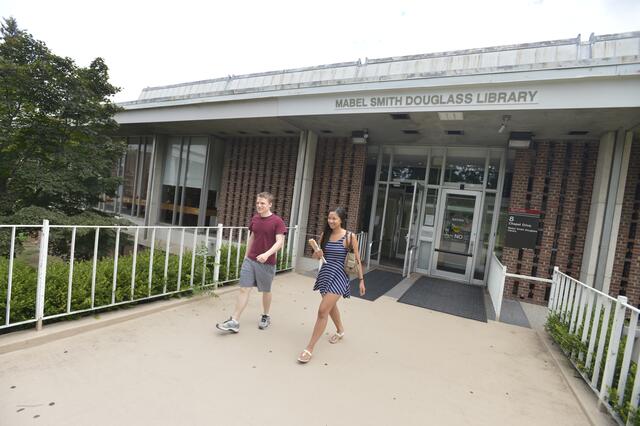 More About the Library

The Performing Arts Library's print collection, which consists of scores, periodicals, and books, is housed on the ground level of Douglass Library. Patrons can explore the collection through QuickSearch. Subject areas of special strength are historical musicology and the history of music theory, with current emphasis on the development of performance materials. Areas of concentration in collection development include: monuments of music, sources, complete and collected works of composers, opera, instrumental music for study and performance, and monographic materials. Rare holdings include a notable collection of 18th century prints and manuscripts of works by Handel, located in the Special Collections and Archives section of the Alexander Library.

The Music recordings collection contains the majority of audio-visual materials held by the Performing Arts Library and is integrated with the media resources located on the ground level. All sound and video recordings for the building are shelved in closed stacks. The materials circulate only to faculty, staff, and students, but all others may view or listen to them in one of the Center's many playback carrels during posted Media Service Point hours.

Patrons can explore the collection in QuickSearch. The vast majority of the sound recordings are of classical music, although there are several thousand spoken word LPs as well. The videos are also focused primarily on the performing arts - dance, opera, symphonic performances and in-depth documentaries on instruments and performance practices.

Profile of Blanche and Irving Laurie

Blanche and Irving Laurie were no strangers to philanthropy. They supported a variety of Jewish humanitarian needs both here and abroad. They built the Edith Laurie Experimental Theatre in memory of their daughter and endowed the new Laurie Chair in Theatre Arts at Brandeis University, where Irving has served as a Fellow for many years. They established the Laurie Neurodevelopmental Institute at Middlesex General-University Hospital (now the Robert Wood Johnson Hospital) in New Brunswick, where Irving was a member of the Board of Trustees. Their names are listed on the Founders' Wall of the Lincoln Center for the Performing Arts.

Rutgers University is proud to have received significant support from the Lauries. The Blanche and Irving Laurie Performing Arts Library on the Douglass College campus is a gift from Irving in loving memory of his wife, the former Blanche Susskind, who was an opera and music lover and herself a concert pianist and vocalist.

Support for the university from the Laurie family covers several generations, beginning with a gift of $1,000 for the Rutgers University Endowment Fund from Irving's father, Israel Laurie, a prominent philanthropist in the New Brunswick area. Numerous family members who later studied at the university continued this pattern of family support, and Irving's gift to the music library is a striking example of this fine tradition.